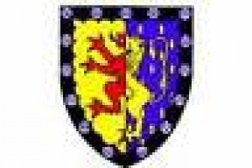 It is with sadness that as a Club we have heard of the passing of Freddie Friend at the age of 99.

• Freddie was the oldest living "Brixham First team Captain"
• He went to the national school in Brixham and played for Brixham Reserves at the age of 14 against the then other Rugby team in Brixham. Brixham Albion.
• He played for Devon and England school boy's
• He captained Brixham first team at the age of 18
• He Captained Brixham when we won the Devon Junior in the 1930's
• During his service years he played for the Army against the RAF.
• Became a referee
• When he gained work in Torquay he moved to Torquay Tic's and became captain and also captained Devon in the 1946-47 season
• Became the Torquay past players president.
• At Brixham we share with our friends in Torqauy the loss of a real rugby legend, and pass our thoughts and best wishes to all the family.
• His funeral will take place on Friday the 17th of June 3pm at the Methodist Central Church.
Many thanks